If you did not aware Xiaomi no longer uses “Mi” naming for their mobile devices and revert back to full their name, starting from the Xiaomi 11T series.

Between the Xiaomi 11T and 11T Pro, I’m pretty sure the majority would eye on the Pro because it could offer more “Pro” features but the 11T ain’t base at all.

The design on both 11T and 11T Pro basically are the same and it’s pretty hard to differentiate except for the Harman Kardon branding on the Pro model.

During the global launch, Xiaomi mentioned that it’s a glass sandwich design with Corning Gorilla Glass Victus on the front and unspecific glass on the back. Unfortunately, it wasn’t the case. I do have few glass sandwich smartphones like the ASUS Zenfone 8, Galaxy Fold, Galaxy Flip3 and ROG Phone 5 which using glass on the back but the Xiaomi 11T feel different and sound hollow to knock. Frankly, it looks like high gloss glastic that attracts a lot of fingerprint smudges.

It now features stereo dual speakers that support Dolby Atmos, the sounds are loud and solid. Located slightly to the top to reduce the possibility of blocking the speakers while holding the Xiaomi 11T in landscape mode. There’s also an IR remote on the top which is useful if you want to control your IR supported home appliances with your phone.

The volume rocker and power button are located on the right, while the fingerprint scanner is integrated onto the power button which is fast and accurate. The SIM tray on the left only take 2 SIM cards and no memory card expansion.

The overall builts was solid but doesn’t feel as premium as its Mi 11 or Mi 11 Pro.

The display has been upgraded to an AMOLED panel and received the highest overall display assessment rating and performance grade A+ by DisplayMate.

It’s a 6.67-inch flat display – which I love and has decent bezels and chin. A centre hole punch cutout houses a 16-megapixels front camera. The 11T display can get up to 1,000 nits max peak brightness and it’s going to be more than bright and colourful for any environment use regardless of indoors or outdoors. It’s HDR10+ supports so you will appreciate the colour output especially movie binge. Still, it does suffer some green tint bleeding which is very common for AMOLED panels.

Featuring a 120Hz refresh rate and fast 480Hz touch-sampling which is a joy for those who plan to use it for gaming.

One of the main difference between the 11T and the 11T Pro is the processor where the 11T get MediaTek’s flagship Dimensity 1200 Ultra instead of what 11T Pro getting, Qualcomm Snapdragon 888. There have been some reports that the Snapdragon 888 on the 11T Pro was underclocked and perform only on par with the Xiaomi 11T. I do not have the 11T Pro to compare but I hope this is just some unoptimized software issue where can be resolved with some software tweak.

The Dimensity 1200 Ultra’s overall performance is great in any event be it productivity, camera and even gaming. It is able to handle any apps or 3D intensive games without any problem. The Xiaomi 11T also support Memory Extension by adding 3GB of memory from the storage.

Xiaomi market the Xiaomi 11T-series for content creators that focus on the camera. Featuring an AI 108-megapixels main camera and added some “CineMagic” video functions that create some stunning cinematic videos like below;

Equipped with the same camera setup and sensors from the Xiaomi 11T Pro, 108-megapixel main camera, an 8-megapixels ultrawide and a 5-megapixels 2x telemacro lens. The big difference is due to the processor limitation, the 11T is only able to shoot up to 4K at 30fps where the Pro has 8K at 30fps and HDR10+ recording. There’s no Optical Image Stabilization (OIS) instead it relies on Electronic Image Stabilization (EIS) with some crop factor for the trade. I do notice there is some jello effect when recording while walking.

The set of cameras can capture nice photos and videos. The focuses are almost instant but the colours sometimes are not consistent even with the AI turned off. I’m sure this is a simple fix with some software updates.

Here are some photo samples took by the Xiaomi 11T 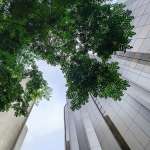 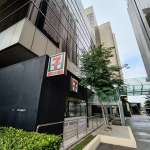 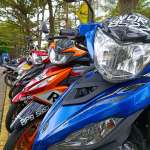 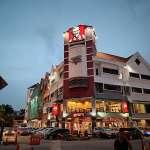 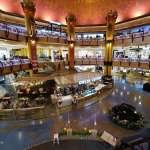 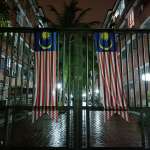 The duo is packed with the same 5,000 mAh battery, but due to some limitations from the Dimensity 1200, it only supports up to 67W wired turbo-charging. 67W is not slow charging by any means, it can full charge a flat Xiaomi 11T to 100% in under 38 minutes which is very impressive. The Pro gets a whopping 120W fast charging and take just 17 minutes to fully charge from 0% – that’s lunatic.

Xiaomi did include the 67W fast charger mean you don’t have to spend an extra penny to enjoy the fast charging feature.

Battery life is pretty good here, an average of 6 – 7 hours of screen-on-time. I never ran the battery out before the end of the day with 20% plus to spare.

The Xiaomi 11T may be left out from the spotlight but you guys should know more about this device. It has the biggest incremental compared to its predecessor while maintaining the price. By not having the fastest Qualcomm Snapdragon 888, it doesn’t mean it’s bad in fact I found it at a better balance point in terms of performance over temperature.

The only letdown would be the build quality seem not on par with other glass sandwiches design smartphones, anyway I can’t tell the glastic back after I put on a back case.

Comparing the best price with PriceShop

The upgrades of the Xiaomi 11T over its predecessor are significant compared to the Xiaomi 11T Pro. It uses a more superior AMOLED panel with fast 480Hz touch-sampling, bigger camera sensor, fast charging speed and the performance are flagship-tier without compromise. Would highly recommend getting the 256GB variant as it doesn’t have storage expansion.