This year Samsung has launched a different Ultra flagship under its S-series lineup, the boxy design with an S Pen slot shows it’s just as much a Galaxy Note which I shared on my first impression of the device.

The Samsung Galaxy S22 Ultra does look simple and clean with squared-off corners. I love how the satin finishes on the rear glass gently curved to the front side curved display, giving an impression of the continuous design.

The iconic huge bump on the Galaxy S21 Ultra is no longer present and comes in an individual camera ring. The gaps between the cameras tend stuck with linen and dust which is hard to keep pristine.

Samsung used Armour Aluminium for the frame and further protect with updated Corning Gorilla Glass Victus+ on the front and back, making it the most durable Galaxy yet. It even passes the JerryRigEverything durability test. IP68 water and dust resistance are pretty standard now for all Samsung flagships including the Galaxy S22 Ultra with a built-in S Pen stylus.

Since I’ve mentioned the S Pen, the Galaxy S22 Ultra has the smoothest S Pen I have ever used and that’s because Samsung has improved the latency from 9ms which is already Pro-grade on the Apple iPad Pro to just 2.8ms. Samsung Galaxy S22 Ultra uses AI to predict your hand movement and deliver the pen and paper experience.

There is a lot more to offer with the S Pen including taking notes, making a smart selection of anything on the screen, drawing a screen capture, doodling in AR, translation, transcribing, camera remote shutter, and more. The S Pen can be a solid productivity tool if you make good use of it. I would only see myself using it for document signatory and perhaps camera remote shutter as I’m bad at drawing.

As a class leader in display panels specifically on AMOLED, Samsung has set a new bar for the industry. The Samsung Galaxy S22 Ultra touted a 6.8-inch Dynamic AMOLED 2x with QHD+ (3,088 x 1,440) resolution with a staggering 500ppi. The new LTPO 2.0 panel has the ability to smoothly shift from 1Hz refresh rate, all the way up to a 120Hz. This primarily helps to conserve battery while readily pushing up to 120Hz when needed.

Another new improvement is it has a peak brightness of 1,750 nits, which could be the brightest AMOLED panel we’ve ever seen. Samsung also features a new Vision Booster that automatically adjusts the brightness and color depending on surrounding ambient lighting for an optimal viewing experience. Meaning viewing it directly under harsh sunlight, it would highly viewable and the color would be less washed out compared to other smartphones in the market.

Hidden under the screen is a more effective ultrasonic fingerprint reader. I found it’s much faster and more accurate compared to previous generations of the ultrasonic scanner. I opted for both face recognition and fingerprint as we are required to put on a mask when we are outside.

On paper, the image sensors haven’t changed since the Samsung Galaxy S21 Ultra. It is backed with a 108-megapixels f/1.8 wide-angle main camera with Optical Image Stabilization, a 12-megapixels ultrawide with 120-degree FoV, two telephoto lenses; a 10-megapixels f/2.4 3x optical zoom, and a 10-megapixels f/4.9 10x optical zoom, 30x hybrid zoom, and up to 100x digital zoom. Samsung has done some awesome work on its image stabilization system and image processing in result better performance from all the lenses, especially the zoom department.

Although it can zoom as far as 100x zoom, you will see significant artifacts in your photos. But I was blown away by how the images come out at 30x zoom and it’s still usable.

Samsung offers a separate camera app “Expert RAW” that gives you access to all the manual shooting like White Balance, ISO, Focus, Shutter Speed, and of course shooting in RAW images with more data for more in-depth editing.

Here are some photo samples were taken with the Samsung Galaxy S22 Ultra; 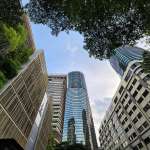 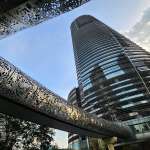 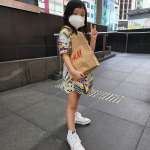 Overall the Galaxy S22 Ultra has a winning camera setup and the image processing output excellent details and great dynamic range. Samsung likes to push saturate tones higher, which made them social share-ready.

If you are using it for video, the Samsung Galaxy S22 Ultra is capable to shoot 4K at 60fps and up to 8K at 24fps (limited to the main camera only). It has a great pretty stabilization from optical to electronic stabilization.

Meanwhile, the center-hole punch cutout uses pixel binning technology from a 10-megapixels sensor and outputs 40-megapixels photos. It also features autofocus where you can get sharper and focus selfies.

Malaysian finally get access to the Qualcomm variant of the Galaxy S-series device, the 4nm Snapdragon 8 Gen 1 processor is fast and powerful. Throughout my 3 weeks of rocking it as my main driver, I never encounter any slowdowns or stutters. The only concern that I have is the small storage of 128GB which can easily be filled with some 4K videos recording and photo-taking. Not to mention some games can take more than 10GB in space.

It is also a quite powerful gaming device and can play Genshin Impact in the highest graphics settings without any jitter but I did find it’s a little warm after playing 20 minutes.

Some synthetic benchmarks result if you wanted to know.

Worth mentioning, the above result is after the new software update by Samsung allowing 3rd party apps to bypass Games Optimizing Service GOS. It would attain a higher result with the 12GB of RAM variant as the review unit that I have here is the baseline, 8GB RAM with 128GB storage.

The Samsung Galaxy S22 series would be the longest-lasting Android device available by committing to provide five years of security updates and four major Android OS updates. That’s better than Google’s own Pixel lines devices. The Galaxy S22 series is shipped with Samsung OneU1 4.1 based on Android 12, so we will be seeing it to get Android 16 before the software obsolete.

5,000 mAh battery may sound a lot but with all the new hardware like Snapdragon 8 Gen 1, 6.8-inch QHD+ resolution display, S Pen supports, there’s gonna be a hit to battery life. Averagely I’m getting around 5 to 6 hours of screen on time, which can easily last me a full day of use.

Samsung boosted the maximum charging input to 45W, which isn’t the fastest in the industry but it’s pretty decent where you’ll get to 50% in 20 minutes if you have the right charger. I would highly recommend the UGREEN GaN 65W or 100W that supports major fast-charging protocols including PD PPS that Samsung Galaxy S22 Ultra and Galaxy S22+ supported.

Samsung has set a very high bar for its competitors, making the Samsung Galaxy S22 Ultra 5G arguably the best Android for 2022. It checked all boxes to be one of the best Android smartphones this year.

Priced from RM 5,099, it may seem expensive for a smartphone but if you are in search of a device that gonna last you for very long, it’s a great bargain. Looking at its plausible great hardware and solid software supports and update.

I would highly recommend getting the 256Gb storage with an additional RM 400, which isn’t just doubled up the storage but you’ll get an extra 4GB of RAM.