When you think Pro is overrated, Ultra would be the next perhaps? Samsung has released its latest Note-series smartphone and the company has saved its best features for the Samsung Galaxy Note20 Ultra 5G. Of course, it carried quite a hefty price tag at RM 5,199.

Here we have a review unit thanks to the folk from Samsung Malaysia for sending this over. Let’s see whether it’s living it up as the best flagship smartphone and worth the price that you paid it for?

Samsung introduced a new colour Mystic Bronze which we have it here. It still retains the squarish design and moved its S-Pen from right to the left. If you are coming from Note10, you would need to readjust where to pull the S-Pen out. Personally, if you are lefty, you would find it hard to take out the S-Pen.

The matte glass on the glass is something that I like very much. It still has subtle shimmer while reduced fingerprint smudges. The rear camera bump is the most imposing design that anyone could have missed it. Either you like it or you hate it.

The 3.5mm audio jack is axed since the Samsung Galaxy Note10 so does the Galaxy Note20.

There is no complaint with Samsung AMOLED panel so does the 6.9-inch WQHD+ display on the Samsung Galaxy Note20 Ultra. Samsung implements its first 120Hz Adaptive refresh rate that would only turn on 120Hz when you’re scrolling or apps that would demands higher than 60Hz refresh rate. This features can no only give your motion smoothness while using the display and importantly saving battery. FYI, the 120Hz refresh rate only works on FHD+ resolution which isn’t that bad to trading with higher refresh rate display.

Curvature display on the Note20 Ultra is not as extreme as other competitors which still give a true edge-to-edge display. Palm rejection on the edges is pretty good while offers a more grip buffer.

Samsung uses the new Gorilla Corning Victus on the front and back which Corning claims the new glass material can withstand drops up to 2 meters and twice scratch-resistant compared to Gorilla Glass 6.

The ultrasonic fingerprint scanner is still present on but it didn’t really improve any much better. Would still prefer the speedy capacitive or the optical sensor.

To be honest, the camera setup on the Note20 Ultra is well packed and I have any focal length that I need from an ultrawide to usable 5x optical zoom. The autofocus is impressively fast even in low light.

There’s also an exclusive Pro Video mode for Note20 Ultra which is bae for those who are into vlogging and cinematography.

Here are some photos that were taken by the Samsung Galaxy Note20 Ultra; 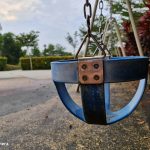 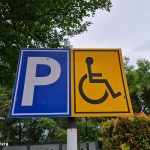 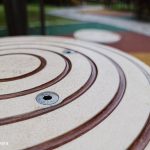 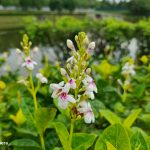 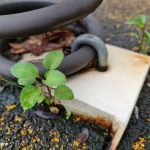 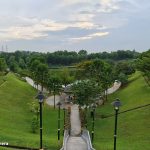 The S-Pen deserve a shoutout with the swift 9ms response time and offers a great pen-to-paper experience feel when taking notes or sketching.

Besides the hardware upgrade, there were a few new software updates like the improved Samsung Notes that now support Live Sync and voice note that sync along with you scribbled.

The Anywhere action that allows you to control your Galaxy Note20 Ultra 5G with Air Actions. It will recognize various gestures to perform actions like take a screenshot, return to the recent app list, return to home and more.

Malaysia didn’t get the Qualcomm Snapdragon 865 Plus variant instead of the company Exynos 990 5G. It paired with a 12GB LPDDR5 and 256 UFS 3.1 storage which is the fastest RAM and storage to date. There’s also a microSD card slot for storage expansion if you think 256GB is insufficient.

Overall day-to-day tasks run smoothly as expected from a flagship smartphone. On Geekbench 5 and GFXBench benchmark test, the Galaxy Note20 Ultra hit multi-core of 2,776 on Geekbench 5 and 1,082 frames on Aztec Ruins OpenGL (High-Tier) off-screen benchmark. The synthetic benchmark rather disappointing if we compare it to Qualcomm Snapdragon 865 / 865 Plus which offered to others 2020 flagship smartphones.

Of course, the 2020 flagship would flavour both latest 5G network and Wi-Fi 6. Unfortunately, 5G is not ready for the mass in Malaysia, so at least it’s futureproofed.

Throughout the device setup and benchmark tests, I do notice the Galaxy Note20 Ultra can run a little hot even on the latest firmware (on Oct 2020 Security Update).

Productivity has greatly improved for power users who are looking for more seamless and convenient use of their device. Samsung DeX is now completely wireless and able to beam your Galaxy Note20 Ultra screen to a Miracast supported smart TV.

You don’t only limit to productivity tools, you can also run games or any supported apps on the big screen.

The Samsung Galaxy Note20 Ultra is packed with a decent 4,500 mAh battery that able to hold up almost full day if you are a power user. It set me around 6 hours SOT before I need to charge it. The battery life would greatly be extended when set to only 60Hz refresh rate display.

The provided 25W battery able to charge to 55% in just 30 minutes which just alright for the year 2020 standard.

Samsung Galaxy Note20 Ultra 5G is one of the most all-rounders phones with a huge leap of improvement over the predecessor. It has the best in every possible area but you may need to pay an “Ultra” premium price for it.

Samsung did receive a great threat from competitors that offers a rather good flagship hardware like Snapdragon 865 Plus, 108-megapixels camera, faster-charging speed but at only half of its price.

If you have RM 5,000 to splurge, it’s a good smartphone that can last you years with rich features that would take time to really explore all. Not forgetting Samsung promise three years of a major software update for the Samsung Galaxy Note20-series smartphones.