Samsung Galaxy S10 Plus already available and it comes with three variants; It sports a new Infinity-O display where it has a punch hole on top right corner that houses the two-front camera. This allows the Galaxy S10 goes from edge-to-edge display experience with the exception narrow chin on the bottom and curved side.

The 6.41-inch QHD+ SuperAMOLED display has an impressive 93.1% screen-to-body ratio and it’s the first phone with HDR10+ support for superior contrast and colour. The new camera’s holes sometimes can be a little distracted especially using app that runs full screen with white background. It does need some time to get over it just like the first-time notch being introduced. You still can hide the front cameras altogether, but you will get a huge black bar on top of the display which wastes the high screen-to-body-ratio advantage.

Coming from Samsung Galaxy S8 Plus, there wasn’t any issue switching over to S10 Plus, in fact, I enjoyed the display real estate. The volume and Bixby button are located on the left where the power button is located on the top right. The power button is a problem for me at first because it positioned way up high even a person with a long finger like me also find it very hard to reach by a single hand. There’s a solution for it with the One Hand Operation+ gesture that I shared below. The unit that we are testing is the Galaxy S10 Plus in Prism White where the rear is protected with Corning Gorilla Glass 6 and the 512GB and 1TB variants get a more durable Ceramic finish. With glasses on both front and back, the device does feel very slippery even putting on the given transparent case.

The ultrasonic fingerprint scanner wasn’t a new technology by using a more secure 3D scanning. It can even scan fingers when they’re dirty or wet. The first phone that uses this technology was Xiaomi Mi 5 that announced almost 3 years ago. It’s not in the display but built under the glass bottom of the phone’s home button.

During our tests, the in-display ultrasonic fingerprint scanner works as per advertised but it’s very slow and it’s very close to the first-gen of optical in-display scanner that found on the vivo NEX. I received a few “No Match” and “Keep your finger on the sensor a little longer” error messages when I try to unlock the phone even to date. Tried to unlock the phone with wet a finger and it does work after at least 10 attempts.

I need to press and hold briefly for me unlock the S10 Plus. Maybe I was just too used to the speedy conventional fingerprint scanner. Hope the new software update could bring improvement.

Normal facial recognition is supported and fast but it’s not very secure and it can be unlocked with a video of the owner – this was confirmed by Unbox Therapy. On the back of the Samsung Galaxy S10 Plus is almost flush with triple-camera array positioned in horizontal and this is the first Samsung Galaxy S-series to equip with an ultra-wide lens that becomes standard for flagship smartphones.

With the NPU and A.I., the Galaxy S10 can recognize 30 different subjects/scenes and offers you the best settings for the subject/scene. There’s no Night-mode like the Google Pixel (Night Sight) and HUAWEI (Night) although the Galaxy S10 has powerful sensor and A.I. capability. Maybe Samsung would want to keep this for their new Samsung Galaxy Note10.

The ultra-wide is the camera that I eager to use ever since I use the LG G5 that has the ultra-wide. The S10’s ultra-wide probably has the widest wide-angle for a smartphone that gave a little weird distortion. There is this “Ultra Wide shape correction” that can correct distortion in pictures. The ultra-wide-angle lets us take not only wider coverage but also different perspectives and creatively. The front cameras give an option of taking a normal or a wide-angle selfie. The secondary camera takes advantage of applying “Live Focus” effects by blurring out the background more accurately comparing it to a single selfie camera on the S10/S10e. 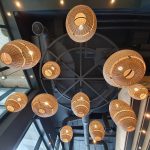 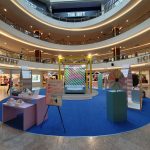 The S10 has the best video camera so far ever since from the Samsung Galaxy S7. Most of my video was recorded with the mobile phone and the S10 Plus has stepped up the game by offers HDR10+ video recording. The rear camera supports 4K @ 60fps, Super Slow Motion @ 960fps where the front camera now records up to 4K @ 30fps.

My review unit is powered by the Samsung Exynos 9820, an 8nm process chipset. There is a Qualcomm Snapdragon 855, a 7nm process chipset made available only in the US and China which has slightly more performance but not at the outlay of battery life.

The Samsung Galaxy S10 Plus is a very fast and responsive phone that achieves high benchmark scores on AnTuTu and Geekbench 4. It has plenty amount of RAM that provides excellent multitasking while having apps staying loaded in the background.

The down-firing speaker on the bottom paired with the speaker from the earpiece able to provide a loud enough stereo output that I couldn’t complaint more. Overall experience regardless of daily apps tasking and gaming is top notch. The new OneUI based on Android 9.0 Pie is the best Android skin experience ever made by Samsung. It included a lot of useful extras in the software and focus single hand-on operations. Gesture control is present too, ditching the old-school on-screen navigation keys for a series of swipe. This allows us to enjoy the full-screen experience. The gesture swipes are near as intuitive as the Apple iPhone. The overall OneUI is clean, minimalist and night-mode is available out-of-the-box for better battery life on AMOLED display smartphones.

Bixby, the voice assistant is still present ever since from Galaxy S8 and now Samsung allows the user to remap the key to launch other application except Google Assistant. This totally makes sense when Samsung is building up its own ecosystem via Bixby Assistant.

The 4,100 mAh battery packed Galaxy S10 Plus is pretty decent not really sure it’s just the Exynos version. I’m getting around 5 – 6 hours of Screen-on-time (SoT) with Full HD+ resolutions and Always on Display (AOD) on. There are some reports saying the Galaxy S10 Plus with Snapdragon version gets more than 8 hours of SoT with a single charge.

Samsung also introduced a new feature; Wireless PowerShare that lets you use the device as wireless charging pad for other Qi-compatible devices like Smartphone, Earbuds, Mouse and etc by placing it on the back of the S10 Plus. Of course, the charging output is quite slow at 4.5W which suitable for small gadgets like earbuds and smartwatch. As mentioned before, I’m coming from the Samsung Galaxy S8 Plus and I have enjoyed a lot of rewards for being loyal to Samsung owner through the Samsung Members app and also daily e-wallet Samsung Pay that supports MST payment. There are rewards from F&B, Entertainment and Points redemption. It even has a 24/7 Phone Care assistant. These are something that made Samsung different than others.

The Samsung Galaxy S10 Plus is a head-turner of the Samsung Galaxy S-series ever since from the S7. It has perfected all the flaws from hardware to software. It has an excellent screen-to-body ratio display, new ultra wide-angle and futuristic ultrasonic fingerprint scanner. The speedy performance, solid camera and new features do add up as 2019 great flagship smartphone. Of course, there’s a premium price tag for you to own this beautiful device.