Samsung has released a lot new A-series smartphone in 2019 and the line-up was pretty confusing at first. It has A10, A20, A30, A40, A50, A60, A70, A80 and A90 and within the same year, Samsung has even released an enhanced model like the A30s that we will be reviewing and also the A50s. My bet is Samsung trying offers all the markets from entry to the flagship markets, so end-user would have the options to choose based on budget and specs.

The Samsung Galaxy A30s is not classified in the entry-level smartphone as it offers quite an interesting features that found on Samsung Galaxy’s flagship device. Let’s begin with its specs; Samsung Exynos 7904, 4GB of RAM, 64GB onboard storage, 6.4-inch SuperAMOLED display with an in-display fingerprint scanner, triple rear camera setup and 4,000 mAh battery that supports 15W fast charging.

Galaxy A30s has an interesting glossy gradient and prism-like finish that look like glass which actually plastic. It comes with three trendy young colours; Prism Green, Prism White and Prism Black. The built is pretty sturdy and doesn’t feel cheap at all.

The front is a huge 6.4-inch SuperAMOLED with 720p resolutions display. This may not be the sharpest but the brightness and contrast are top-notch same with other AMOLED panel display smartphone. On top of the display is the Infinity U notch that houses a 16-megapixels camera and gives a screen-to-body ratio at 84.9%

Under the display is an on-display biometric scanner that uses optical scanning technology, it does what a fingerprint scanner does but slightly slower compared it to the capacitive scanner.

The Samsung Exynos 7904 is a quad-core SoC, Dual 1.8GHz and Hexa 1.6Ghz. It coupled with 4GB of RAM and decent 64GB onboard storage that can further expand via microSD card up to 512GB.

The A30s is enough for everyday use like daily apps and tasks without any shuttering or hang. It runs on OneUI based on Android 9.0 Pie, the overall experience is simple and highly customizable.

It was able to play most games at medium/lower graphics settings only. Here are some benchmark scores;

Based on the synthetic benchmark results, it’s not even come close with 2019’s mid-range smartphone like the realme 3, HONOR 9X, Nokia 7.2 and etc.

Here are some photos were taken with the Samsung Galaxy A30s. 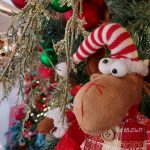 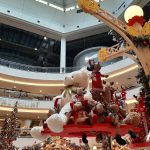 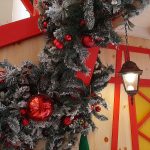 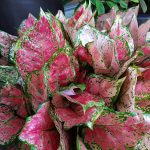 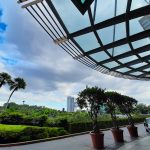 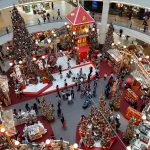 Overall the photos taken are pretty vibrant-looking but lack of details. It has few filters usages, beautification modes, HDR and as well as live focus that does bokeh effect.

Battery wise, the Samsung Galaxy A30s did pretty well here with the 4,000 mAh battery and low power consumption HD+ resolution SuperAMOLED display. I get around 8 to 8.5 hours screen-on-time and about 2 days usage before I need to charge. It even features USB Type-C port with 15W fast charging that found the flagship Samsung Galaxy S10-series.

The Samsung Galaxy A30s is a decent trendy-looks upper entry-level smartphone that has some of the flagship smartphones features. It has colour accurate and bright SuperAMOLED display but low resolution. The Exynos 7904 performance was slightly better than entry-level which sit in between entry and mid SoC for 2019. It is powerful enough for all everyday tasks and some casual gaming.

Would I recommend this device? Yes if you are looking for a clean UI and great display smartphone.