HONOR unveiled its latest flagship smartphone, HONOR 20 last week and we have done an unboxing video of the device;

HONOR Malaysia has launched it for Malaysia market but the official availability date was still puzzled. This could be due to the HUAWEI/HONOR issue with the Google licensing issue. Let’s put that aside and check out the smartphone. The HONOR 20 that we have here is the Sapphire Blue. It uses a Triple 3D Mesh glass technique on the rear that creates a beautiful unique shimmering glass. Just like other glass sandwiches smartphone, the highly reflective rear glass is a fingerprint magnet. You may want to use a clear TPU case to prevent any glass crack while reducing the fingerprint smush. The power button and volume button are positions on the right side. You may not see any fingerprint scanner on the rear or front, instead, it built into the power button on the side. This is very similar to the Samsung Galaxy S10e which I find it very ergonomic especially the way we hold our phone.

The SIM tray is on the left that supports dual SIM card slots, however no microSD card for any storage expansion. Fortunately, the HONOR 20 come with 128GB storage as standard which is a nice touch.

At the bottom are the microphone, USB Type-C, speaker grill and antenna band. The top is the noise cancellation microphone, proximity sensor (don’t get confused with IR blaster) and earpiece. Yeap! There is no 3.5mm audio jack instead, it relies on USB Type-C to 3.5mm audio jack dongle. This is the second device from HONOR to sports a hole-punch notch to house the front camera. It has a 6.26-inch Full HD+ resolutions IPS display. The colours are vibrant, sharp and more closed to the actual colour.

The size of the device is rather small thanks to the thinner bezels and chin. The display is protected with Corning Gorilla Glass and pre-affixed with a protective film out-of-the-box. Our expectation from HONOR 20 is quite high as we expect to see the HUAWEI P30 Pro’s DNA on the HONOR 20 Pro but that’s not the case. It still sports quad camera setup; primary 48-megapixels f/1.8 SONY IMX 586 camera sensor, 16-megapixels f/2.2 ultra wide, a 2-megapixels depth sensor which we find it quite redundance and a brand new 2-megapixels depth sensor. According to HONOR, the macro lens is quite an experimental for them as they would like to see what’s the consumers’ feedback to shoot in macro.

In terms of image quality, the HONOR 20 didn’t disappoint us especially the primary 48-megapixels SONY IMX586 and the 16-megapixels ultra-wide. The colours are sharp and vivid. Switching to 48-megapixels AI Ultra Clarity mode is quite a pain in the arse, where we need to into the camera settings and switch the resolution.

The dedicated Super Macro with the fixed focus can shoot up a close object as close as 4cm. The low resolutions 2-megapixels performed poorly in low light and the images do to get very noisy and saturated. It can good macro shot in good lighting and correct distance from the subject.

We were still impressed with the Super Night Mode on the HUAWEI Mate 20 and it’s available on the HONOR 20 as well. It allows you to take a stable 6 seconds long exposure handheld and the output is jaw-dropping. The hole-punch selfie camera is a 32-megapixels sensor that doubled-up as face recognition.

Here are some photos taken by the HONOR 20; 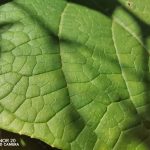 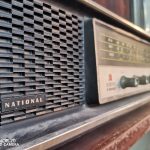 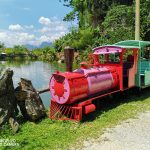 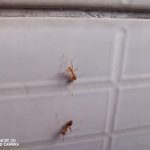 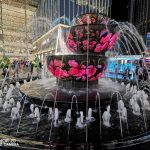 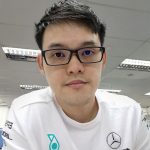 The HUAWEI Kirin 980 isn’t new and it’s still the latest and the most powerful processor that found on the HUAWEI’s flagship device like the HUAWEI P30-series and Mate 20-series. In the AnTuTu benchmark, the HONOR 20 clocked over 286k points which sitting in between 2018’s Qualcomm 845 and 2019’s Qualcomm Snapdragon 855. As a flagship device, HONOR uses UFS 2.0 technology that delivers over 900 MB/s reading speeds.

It’s still a flagship class processor that you still going to enjoy all the smooth performance and mobile gaming experience. The battery on the HONOR 20 is pretty good, it has a 3,750 mAh battery capacity and able to give me almost 2 days full use with a single charge. Coming to charging, the HONOR 20 supports HUAWEI 22.5W SuperCharge that can recharge the device by 45% in just 30 minutes. The Magic UI 2.1 in the HONOR 20 is just a mild reskin of the HUAWEI EMUI 9.0. If you did follow with the Android Q update, the full-screen navigation gesture is quite similar to the EMUI 9.0 which is a good thing “if” the Android Q update is coming to the device.

There a lot of neat features from the Mate20-series and P30-series are still present like the Knuckle Gestures, Screen Record, Gaming Mode and more.

Still, HUAWEI, the parent company of HONOR still having OS licensing issue with Google Android. We may not what gonna happened after the 90 days extension. If the case is not sorted out, the HONOR 20 may not get further security update, Google services and not to mentioned software update to Q or R.

At RM 1,699 the HONOR 20 is an absolute great budget flagship smartphone. It has truly flagship performance and impeccable camera.

I felt that HONOR adding the 2-megapixels camera sensor just for sake of claiming quad rear camera setup which is pretty useless IMHO. I wish that HONOR would have a more usable camera like 3D ToF. We do appreciate to see 22.5W SuperCharge available on the HONOR 20.

HONOR Malaysia has yet to announce the official availability of the device. This probably due to Google licensing that they would want to sort it out before releasing it to the public. I really wish HUAWEI/HONOR able to pull this off and make this smartphone available for the public soon.