Gaming phones are pretty interesting to review as the phone makers push their limits in term of design and performance. Naturally, we are expecting top of the line hardware including Qualcomm 2021’s top tier chip, Snapdragon 888 with LPDDR5 RAM and UFS 3.1 technology storage. Not forgetting buttery smooth high refresh rate and touch sampling display.

Yes! I’ll be checking the ASUS latest gaming smartphone, the ASUS ROG Phone 5. There are a total of three variants; the ROG Phone 5 Ultimate, ROG Phone 5 Pro and the vanilla variant that I have here with 8GB of RAM and 128GB configuration.

Disclaimer: ASUS Malaysia did send this product for me to review and ASUS Malaysia did not pay nor given any editorial/review inputs on this article. This is my personal unbias review sharing with all my readers.

I did a quick unboxing and first look of the device over on my YouTube. They have one of the sickest unboxings ever with AR comic strips.

ASUS ROG Phone can be recognised from far with the edgy camera bump and flashy ROG RGB logo on the back. The aesthetic change from ROG Phone 3 to ROG Phone 5 isn’t that significant except for the newly introduced Storm White colourway which reminded me of Stormtrooper from Star Wars. The ROG Phone 5 now feature the RGB dot matrix ROG logo on the back and positioned slightly lower.

Coming to the front is a 6.78-inch Full HD+ resolution display with an adaptive 144Hz refresh rate AMOLED panel. There’s no fancy hole-punch cutout or notch for the 24-megapixels front camera instead it has its own place on the top bezel.

There are two USB C ports; one at the bottom and one on the side allowing charging while gaming in the landscape. If you did watch my video, you would know that ASUS has excluded the ROG AeroActive Cooler for the base model while the Pro and Ultimate get right out of the box. The new cooler has redesigned, added 2 physical trigger buttons and features a kickstand. The older AeroActive Cooler will not work on the ROG Phone 5 as it uses the POGO connector instead.

On a side note, the Air Triggers have received significant improvement featuring Sentons’ new ultrasonic game triggers. It offers more responsive tap, pressure and slide gestures for a more intuitive gaming experience. There are a total of 18 unique touchpoints that you can map with the new upgrade.

ASUS revived the 3.5mm audio jack which they axed out on the ROG Phone 3 and included a high-end quad ESS DAC so you can have a better audio experience. Since we are talking about audio, the ROG Phone 5 dual front-firing speakers are one of the loudest on any smartphones that I ever review. The Dirac Tuned speakers not just loud but it’s solid with great sound separation and bass.

ROG Phone was the first smartphone to features a 120Hz AMOLED display and at that time it was a total game-changer in the mobile gaming sphere and it was only available exclusively in gaming phones. However, there are more non-gaming smartphones adopted with a high refresh rate from 90Hz to 120Hz which doesn’t stand out as much as used to be. To be honest, I can’t tell the 144Hz apart from 120Hz, it does feature an adaptive refresh rate that can switch between 60Hz, 90Hz, 120Hz and max 144Hz.

ASUS is not shy to telling everyone that they use a custom 6.78-inch AMOLED display manufactured by Samsung. It’s an excellent display with great colour reproduction of 180.2% sRGB, 127.6% DCI-P3 colour gamut and Delta-E at 0.31 only. The display is bright and does offer a smooth experience in pretty much everything you run with it thanks to the responsiveness 1ms display and 300Hz touch sampling.

Nothing slowed this phone down, not even Genshin Impact that offers respectable consistent 60fps at its high graphics settings. The ROG Phone 5 uses the latest yet most powerful Qualcomm flagship chip, the Snapdragon 888, paired with 8GB of LPDDR5 RAM and speedy 128GB UFS 3.1 storage on my review unit.

This year, ASUS didn’t use any overclocked flagship chip like its ROG Phone 3 with Snapdragon 865 Plus instead the company focus on user experience and a better cooling system for the device to run without severe performance throttle. To put this in context, other flagship smartphones that use the same chip may not have the same cooling system and would suffer performance throttling up to 40% over an hour of gaming. Where comes to ROG Phone 5, the throttle may be over 5% to 10% only. Additionally, ASUS also features ByPass Charging technology that reduces battery charge temperature and an optional AeroActive Cooler for better cooling.

This made the differences between other flagship devices that use the same chip, the ASUS Phone 5’s internal has been reengineered for even heat dissipation. Not forgetting the gamers tuned experience like 300Hz touch sampling rate, solid haptic vibration motors and E-sports mode.

It has high customization which no others flagship smartphones out there are able to offer with their updated ASUS Armory Crate. Featuring in-depth system performance tweaking options for individual games including CPU, GPU performance, display and network performance. There are also pre-configured options from the previous and they also introduced a new X Mode+ which only can be activated when Aeroactive Cooler attached.

The new battery system has not only to improve the power efficiency and charging, but it also helps in the thermals too. The 6,000 mAh battery cells spilt into two 3,000 mAh battery that allows lower charging temperature and discharging. This would produce lesser heat while offers more consistent gameplay than any other phones that face excessive stutters.

Besides that, ASUS also introduced a couple of new battery features like ByPass Charging that I mentioned earlier, it also has scheduled charging and limit battery charging levels that help to prolong the battery lifespan.

The included 65W adapter charges the ASUS ROG Phone from 0 to full in less than 100 minutes or 50% in just 30 minutes.

In real life test, with the X-mode enabled, I lost about 15% of the battery after just 25 minutes in Genshin Impact which understandable for such high graphics intense gameplay. I love how I can play while charge the device horizontally with the side-mounted USB C without unwieldy wire.

Outside of gaming, the battery gave me an impressively good battery life with more than 40% left before the end of the day. Sometimes I can even use the device for good two full days with an adaptive fast refresh rate turned on and disabled the X-mode.

Lastly, the camera may not be the main focus for this device but to my surprise, it can shoot pretty good images. It not winning any awards here but the Qualcomm Spectra 580 ISP able to produce reasonable sharpness in details and dynamic range with the SONY IMX686 main camera sensor. The 13-megapixels ultrawide does a decent job in daylight condition and average in low light. I did find the macro lens pretty redundant where I would rather ASUS swapped it out with a better ultrawide camera sensor that does autofocus. Coming to the video, it can shoot up to 8K at 30fps and also features EIS for better stabilization. The overall camera and video performance are acceptable to be used as a daily driver for casual shooting.

Here are some photos samples taken with ASUS ROG Phone 5; 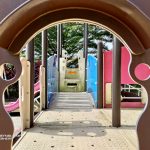 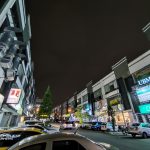 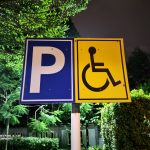 Not all smartphones design the same even using the same flagship chip. ASUS tailormade the ROG Phone 5 with gaming in mind offers a more tactile and fun experience.

ASUS ROG Phone 5 is one of the easiest gaming phones to recommend, it has everything any user might want in their smartphone whether a gamer or not gamer. Putting gaming aside, the ROG Phone 5 offers flagship performance, excellent display, decent cameras and an impressive battery system that ideal as daily driver.

There are no perfect smartphones out there and the ROG Phone 5 is no exception. It’s a huge and heavy phone to begin with, additional the edgy bold design is not for everyone. The non-expandable storage would be a bottleneck especially the base model with only 128GB of storage and the next jump is RM 800 which is too steep.

Here are the variants and pricing offered here in Malaysia;